Getting Stoned at the Inn

This last Wednesday, Steve Converse and I were on a routine construction inspection walk at the Inn. Suddenly he was stopped in his tracks:

“What the heck is that!”. His jaw dropped and his face darkened. “Look at that” he said pointing to the stone work on the right tower of the inn.

“What’s the problem? Don’t you see? The stone work is crap! That’s the problem! This thing looks like a Mac Mansion in Orange county, not like a mission, where the indians did the mortar work”

I responded “It’s not really a mission, Steve, it’s a winery hotel, and the only native americans around are at Pechanga, what’s the big deal?”

“It IS A BIG DEAL, Claudio. Let me just build this thing, will you?”

He storms away and fires the whole crew, on the spot. After a couple of frantic phone calls, the stone sub-contractor reaches us and asks for another chance to personally supervise the work. Steve is a no-compromise guy, but he relents and lets the workers continue under their boss’ supervision,. They MUST place the stones exactly like in the sample, which is nearby. 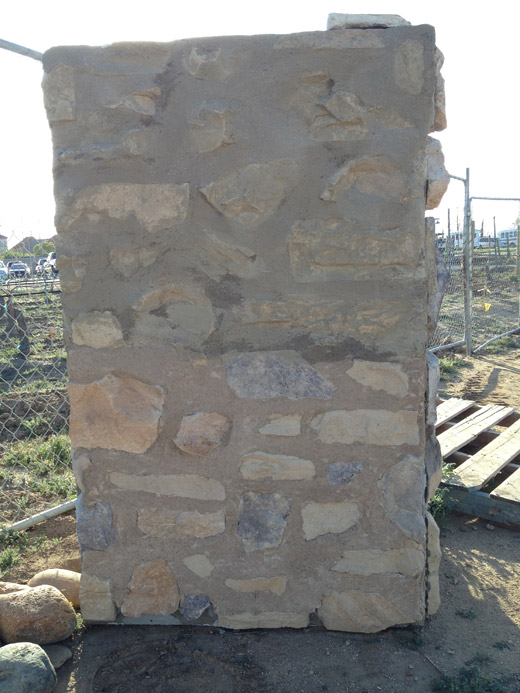 A few hours later I came back and saw the difference. Got to admit, Steve has a good eye. Check the before-and-after pictures, and the original sample. Let me know if you agree with Steve. 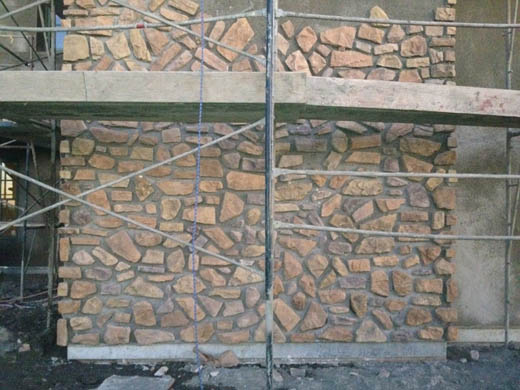 This façade will receive a very heavy layer of grout that will cover 30% of each stone to match the desired “look”.

This level of attention to detail pervades the whole project. I hope it’s worth the stress and effort. Of course, you’ll be the judge and we sure hope you like it.

Don’t forget to make your reservations. Some weekends in July and August are almost sold out:

Best and thanks for your support,
Claudio